Spin18 Oy, which is based in Tampere and focuses on the import, export and manufacture of disc golf frisbees and accessories, is growing rapidly both domestically and internationally. The warehouse of Finland’s biggest operator in the field has since spring been managed by LeanwareWMS. 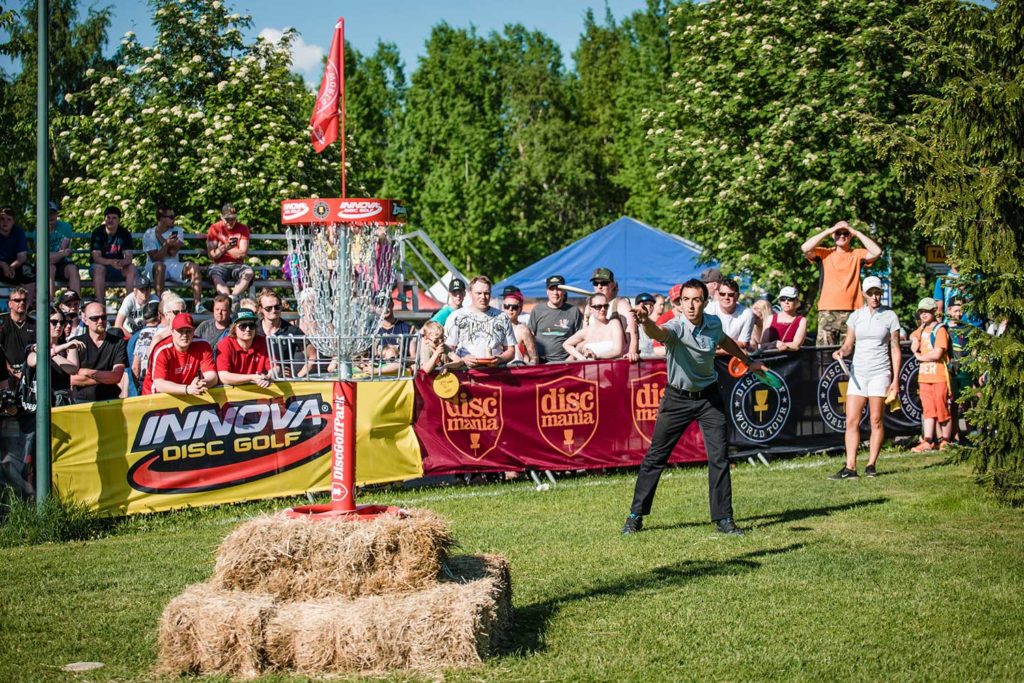 “The rapid growth of business, both in order and product numbers, requires a lot from the warehouse. Leanware offered us the toughest product on the market, which answers our current needs and growth goals,” says Spin18 Oy’s Business Director Juho Rantalaiho about the choice of system supplier.

Cooperation with Leanware started with a consultation, where warehouse technology and warehouse functionality was reviewed with Spin18 Oy. According to Rantalaiho, improvement was necessary both in picking efficiency and delivery reliability.

“The seasonal nature of the operations creates its own challenge for warehouse management, but the biggest need for improvement was in warehouse processes and information flow. We wanted to get rid of recurrent stock balance errors and unnecessary paper pushing.”

Unlike in a traditional system delivery, a LeanwareWMS using a manual interface was created for Spin18 Oy. This cost-effective alternative enables agile startup and fast benefits as well as scaling to needs. The transfer from manual interface to an automatic integration interface can be done at the right moment. According to Rantalaiho, quality and reliability were what made Leanware stand out from the other suppliers.

“Leanware’s reputation and proof were impressive. It was important to us that Leanware could show system payback in terms of future benefits in a concrete way.”

“For us, and for me personally, this project was a big lesson in project leading and management. It was a joy to watch Leanware lead the project from start to end, how communication worked along the way and how everyone was left with a positive feeling,” Rantalaiho praises.

“It was great to work with an active and enthusiastic team who completely committed to the project,” says Leanware’s Sales Manager Ekku Ristilä.

A good warehouse management system reflects directly in delivery reliability. Even though the use of LeanwareWMS required some getting used to in the beginning, according to Rantalaiho it has made operations smoother and improved warehouse efficiency already in a short time.

“The flow of information has improved and delivery quality has risen, which can also be seen as a positive change from the outside. Our customers are more satisfied than before,” says Rantalaiho.

“Process digitalization brings efficiency as well as reliability to warehouse operations. LeanwareWMS also supports flexibility so that staff members can more easily change from one work station to another,” says Ristilä.