Even a market leader can’t become complacent. Instead, T-Drill is actively considering if the ERP serves production and monitoring production quality optimally. Or could better accuracy for production planning, control and quality documentation be achieved using tools that are paired with EPR and have been designed from the production point of view. The majority of production is customer-tailored, which accentuates the need for individual guidance.

”Industry 4.0 is emerging and it is clear that production digitalization is to be taken seriously. We see digital production systems as a way to eliminate needless paperwork, to receive a better view of the production situation and to receive data for developing the physical production process towards a more flowing direction. The smooth flow of production material and information is key to enabling growth and raise profitability,” says Production Development Engineer, Aki Alanen.

T-Drill’s and Leanware’s cooperation began with reviewing T-Drill’s production. After this was a visit to Metso Minerals, a reference site suitable for T-Drill. During the visit, concrete experiences with production digitalization and the various phases of the change were discussed. The significance of MES piloting and developing of production processes using the results of the pilot were emphasized during the visit. After the visit, it was decided that a production digitalization workshop facilitated by Leanware’s industrial experts would help define goals and roadmap the suitable steps for making T-Drill’s production more efficient.

A review of the company’s IT architecture was chosen as the starting point for the production digitalization workshop. The architecture must take into account the goals set for the digitalization, the maintainability of the system and above else, the requirements of modern production. So the system was reviewed against the ISA-95 architecture model. The workshop began with a review of production, its special features and current system support. Before the workshop, Leanware’s experts familiarized themselves with the current state review that had been put together by Aki Alanen.

“Aki had put together a great current state analysis, which contained a lot of thoughts about further development. On the basis of the analysis, it was easy to begin the conversation about the system with the motivated work group at T-Drill,” says Pekka Saarelainen as the facilitator of the workshop.

“Pekka and Ossi got straight to the point. One could see that they had thoroughly gone through the background material. Not much time was wasted on going through the current situation. During their first visit to our factory, the Leanware people familiarized themselves with production and talked about the different possibilities without trying to push for a particular solution,” Alanen says.

“During the first visit and during the consultation, time was used very efficiently. I was left wondering, however, how much more information there was to be gained when looking at Pekka’s and Ville’s backgrounds in production development,” says Head of Logistics and Acquisition, Timo Nurmela.

As a summary of the workshop, a presentation of the development points, the digitalization potential of the various areas and a roadmap recommendation for future steps were put together.

“There was a lot of information. A good summary helps in reviewing the details at a later point,” Alanen and Nurmela ponder.

The result confirmed the thoughts about development Aki Alanen had written down during his own development work. Additionally, new viewpoints that should be taken into account were recognized, and focusing first on the points that would bring most added value was encouraged.

“Our views were reinforced on the direction of the future trends. In addition, we gained valuable information on what issues we should examine in our current systems and avoid unnecessary investments. We knew what we ordered and received exactly what we wanted. Well worth the price”, says Alanen.

On a practical level, the potential for developing production processes through digitalization was recognized in T-Drill’s two production facilities. Additionally, homework was given to think about which parts of the process to develop before making any investments. The cooperation focused on the customer’s viewpoint and on the growing of T-Drill’s project group’s understanding of digitalization, as they would be the ones taking the production and production planning development forward in their daily work.

Leanware’s good results in the manufacturing industry and the goal to understand the full picture were what persuaded T-Drill to order the production consulting specifically from Leanware. 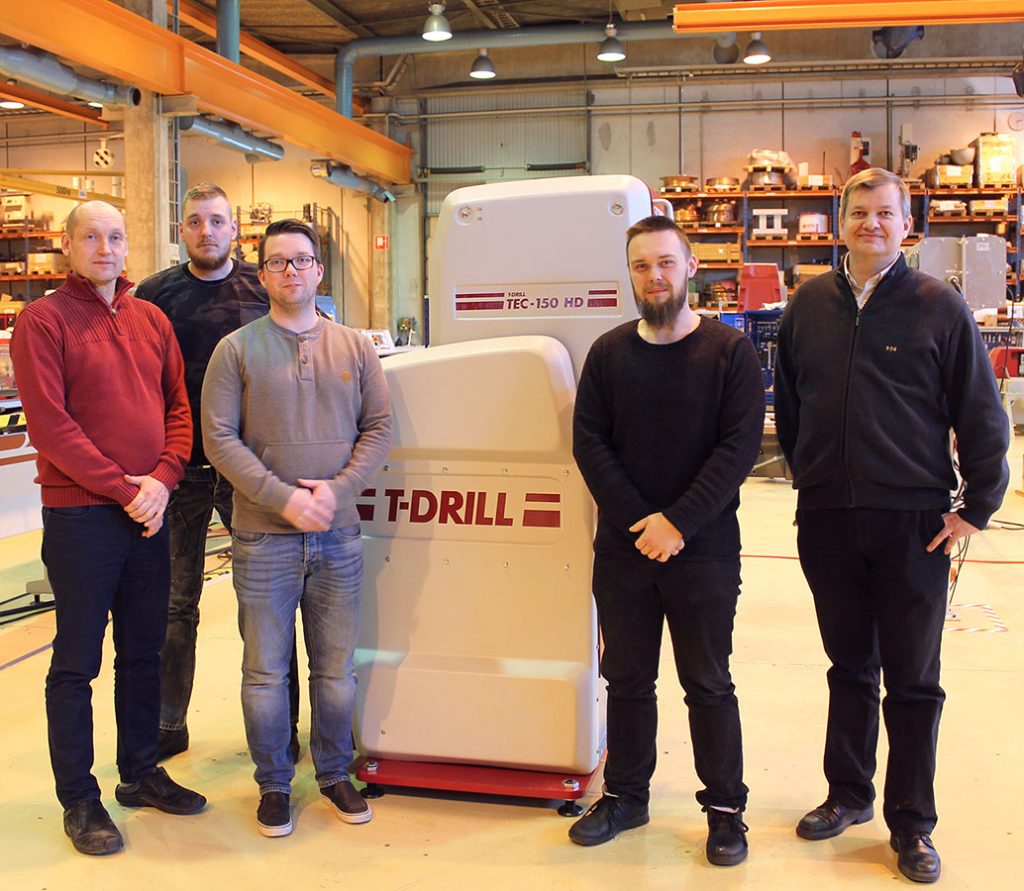 T-Drill is the world’s leading supplier of pipe collaring, cutting and flanging machines. The wide variety of customers includes companies from the fields of traditional HVAC to the automotive industry and shipbuilding