In only 8 weeks: Directing the material flows of Finland’s largest forklift factory with LeanwareWMS

MLE Oy decided to move in stages from line storages to the picking of components. At the same time, the warehouse was moved to be closer to the factory. Due to a variety of reasons, the time left for the implementation of the WMS project was only eight weeks. Alongside the WMS project, forklift pallets and automated vertical storage machines were, among others, built for the new warehouse.

Leanware Oy was chosen as the partner to implement the WMS directing of the material flows of MLE Oy’s factory warehouse. LeanwareWMS directs 100 per cent of all material flows, all the way from receiving the material and the directing of the automated vertical storage machine to the set and kanban picking. Ten Logimat storage lifts supplied by SSI Schäfer are also there to enhance the warehouse’s space utilization and picking.

We managed to implement the LeanwareWMS deployment on the planned schedule in February 2020, about eight weeks after the contract was signed. The non-urgent needs for further development that were recognized during the project were addressed only after implementation. The project was moved to Leanware Service Desk about six weeks after implementation. Cooperation between the companies was very close and successful. When approving the project, the customer also gave the project the rating 9 and the system the rating 8.5.

The WMS project was only the first phase in the factory’s digitalization roadmap. The work continues with the focusing on the factory’s other material flows and with the development of the processes of the external warehouses.

“We mapped out the partner options and in the end, Leanware’s vision, ready operations model, and the WMS itself convinced us. The cooperation has worked very well,” says Nilkas Lindblad, Head of Business at MLE. 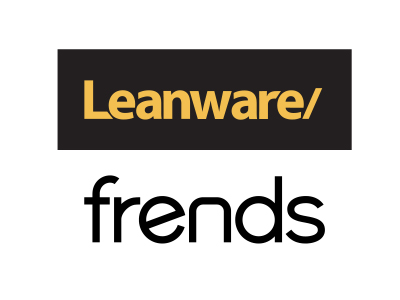 On competitiveness: SaaS solutions cut up to half the one-time cost of software