Frontpage / Community / Blog / Are you an obstacle for digitalization?

Are you an obstacle for digitalization?

Finland has fallen behind Germany and Sweden in the development of digitalization and automation. Several different sources point to this fact. They are being invested in at a rate of only half of what is occurring in Finland’s most important competitor countries. Fortunately, the pioneers in Finland invest well and learn both strategically and in practice about digitalization and automation. According to my experience, there are two reasons for digital brake. The first reason highlights risks (the examples are unsettling) and the other reason undermines the benefits generated by digitalization.

Digitalization and automation involve strategic and practical expertise. The strategic view of digitalization describes how the factory or warehouse will develop both operationally and in terms of performance indicators through different steps of digitalization. The strategic view is not a list of systems that could be adopted into use. Helpful test question: ask your production director or logistics director how the planned project will change production. If the change cannot be identified, the project is about digitization, which refers to digitizing an existing function. Digitalization is a different matter – it changes operations.

A lot of practical expertise is needed. Before, people interpreted the data produced by the ERP. As digitalization progresses, things happen automatically based on data. A fun example of this is the adoption of WMS at one of our clients. A client user heavily criticized the adopted system by sending images to management of a pallet with 40 1 dl containers (approximately 4 kg). It was discovered that the weight had been entered as 1 kg in the product information, which caused WMS to calculate the weight as 40 kg. The user ended up feeling the heat from the impact of the incorrect data he himself had entered resulting in the error. There are a lot of positive examples: the transition from paper to the digital era has been difficult, but the consequent transition to automation has been easy. And further automation was a slam dunk. Expertise and knowledge have grown every step of the way. The competitiveness has leaped forward.

A tip for digital brakes: The digitalization and automation journey is guaranteed to start sooner or later. It is much less risky to begin the journey early on and start with something small, even if the payback is not yet clear. This begins to develop expertise and knowledge. The product designs and other information begin to improve in quality. Gradually, the entire organization will begin to consider how digitalization could enable operative change. Ultimately, giant leaps forward will be taken in terms of competitiveness. 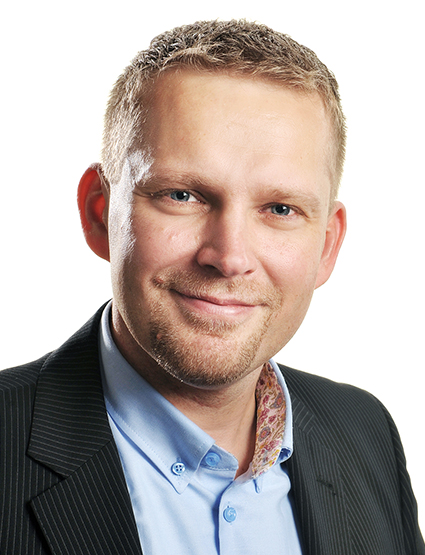 Warehouse is a warehouse

At worst, a warehouse is just that and nothing else – and its significance as… Read more

Do you like three-letter acronyms such as ERP, PLM, PDM, APS, MES, WMS or OPC? If you have already dealt with issues and questions related to digitalization of production before, you will probably be familiar with at least some of the abbreviations listed above. Read more

A leaner factory with a pull system

20–30% of working time is productive and 70–80% is a loss or only assisting work. Which should you develop in order to achieve greater results? Read more